Most people know Dennis Hof as the owner of several legal brothels in Nevada and the star of HBO’s award-winning reality TV show “Cathouse.”

But his success and celebrity came from humble, modest beginnings that are the very epitome of seeking and achieving “The American Dream.”

Both of Dennis’ parents immigrated to America through Ellis Island, and resettled in Chicago. His dad was German, his mother Italian. 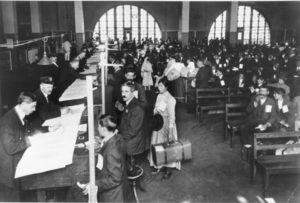 This is why Dennis will always support LEGAL immigration

Dennis’ dad served in World War II in the Philippines. His mom served in the Navy with the WAVES.

For health reasons, the couple moved to Arizona in 1945.

Dennis was born in Phoenix on October 14, 1946. At the time, Dennis’ dad operated a bicycle rental business downtown and had dreams of one day opening a motorcycle shop.

But having lived through the Depression, his mom insisted he take a more stable civil service job instead.

So Dennis’ dad became a United States mailman – a job he retired from 30 years later.

Dennis had a paper route by the time he was 9, and took a job sweeping the parking lot at the local Dairy Queen when he was 10.

“The manager told me I was the best parking lot sweeper he’d ever seen,” Dennis recalls in his autobiography.

On his paper route Dennis saw how other people lived – “some of them had garages bigger than our whole house” – and at the age of 12 he started saving money because “I wanted a garage like that someday.”

Dennis developed and always had a positive attitude, something he inherited from his folks.

“If by chance I found myself in a shed full of manure,” he wrote, “I’d have been excited knowing that somewhere nearby there was a pony!”

At the age of 15, Dennis decided he wanted a car. So he went to work at a local gas station- back in the days when “you wore uniforms and bow ties and wiped down the windows and made the glass squeak”.

He continued working throughout his high school years at a number of jobs, mostly gas stations.

“I wanted all the nice things my parents never had,” he recalls, “and I was willing to work for them.”

While still in high school in 1964, his girlfriend, Shirley, got pregnant. “I did the right thing and married her,” Dennis writes.

Although some suggested terminating the pregnancy, the couple rejected the idea. “I couldn’t imagine taking the life of our unborn child,” Dennis explained.

He and Shirley had a second daughter four years later.

Although Shirley’s family arranged for him an interview for a good job with the phone company, Dennis had already caught the entrepreneur bug.

“I felt my work at the gas station could lead to a gas station of my own some day,” he told his father at the time, “and maybe to bigger things beyond that.”

So he told Shirley and her family that he wasn’t going to take the job with the phone company – a decision that did not go over well.

“Everybody was down on me,” he recalls. “My wife, her entire family, my own mother. The only person who didn’t say a single negative word was my father, and his message was clear: Be your own man.”

Dennis progressively moved from pumping gas to working in the shop with the mechanics.

He eventually ended up running the station when the owner was away.

Not long after graduating from high school, Dennis decided it was time for his own business and leased a vacant gas station from Richfield Oil on the highway in Phoenix.

“I had to borrow a thousand dollars from my father to replace some of the older equipment,” Dennis explains, “and I only had enough left over for a half a load of gas. But as soon as I sold that first half-load I was in business and I didn’t look back.”

Within a year Dennis opened up a second gas station.  And a year later, his third.

“I sold more tires than any other gas station in Arizona,” Dennis recalls proudly, “and the Goodyear people took me for a ride in their blimp three years in a row.”

By 1971 he owned five gas stations and his dad came to work with him part-time.

Although he skipped college to open his businesses, Dennis took education seriously.

He enrolled in some night classes and “was always trying to figure out how to educate myself.” 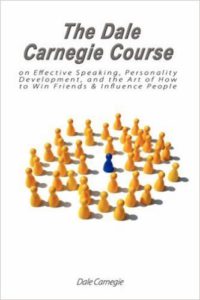 Every kid in America should take this course!

He also took a Dale Carnegie course to help him improve speaking better in public.

For the third week, the class was instructed to talk about something sad from their life…

“I found myself remembering my German shepherd, Pat, who every day would park himself at the front window of our house, waiting for me to get home from school, and who for years was both my best friend and constant companion.

“When I got the part where I had to watch him grow old, so old that all he could do was lie on his side and wag his tail a little, I got too choked up to finish, and to this day I can’t think about that dog without feeling a rush of sorrow.”

Dennis says he learned an important, life-long lesson from that class.

“The lesson I took home with me,” he writes, “is that everything in life involves risk, but to not take risks is to not live. People who don’t take risks seldom succeed.”

As the 1972 gas crisis started to ease and his businesses again prospered, he and his dad decided to take a road trip to San Francisco.

They drove through Nevada and he fell in love with the Silver State.

“I felt strangely free in Nevada,” Dennis explains. “I don’t know how else to explain it, except to say that in Nevada I could be my true self.”

By the time he got back to Phoenix he knew his marriage was over. 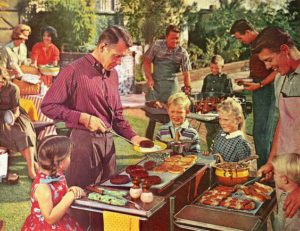 OK, it wasn’t *quite* this idealistic, but you get the picture

“There was no shouting or slammed doors,” Dennis writes, “but we had both retreated to our own worlds and, like many couples, had only stayed together for the kids.”

Shortly after his divorce, Dennis fell in love with another woman – also named Shirley – who already had two children of her own.

They married and settled down in the Phoenix suburbs.

“I had become a typical suburban dad,” he recalls, “throwing barbecues for the neighbors, getting to know their children by name, being both Dad and Stepdad to our brood.”

But that lifestyle just wasn’t Dennis’ cup of tea and eventually that marriage also ended.

In the meantime, Dennis bought a towing business, went into a partnership on a garage, and opened up some more gas stations.

Some time later, he took a road trip to Lake Tahoe… 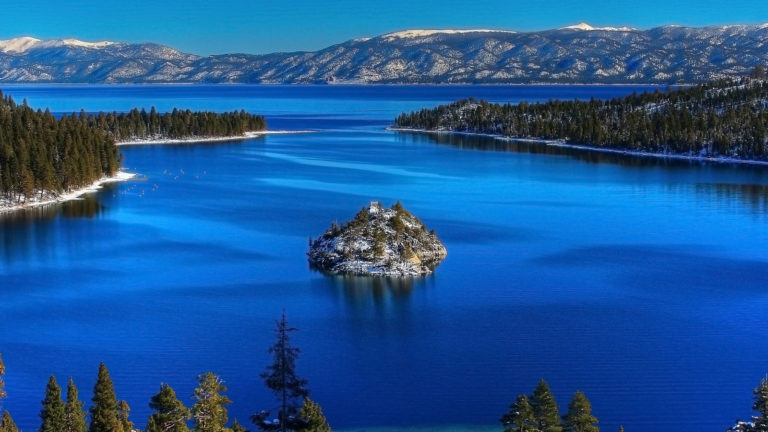 Is there a more beautiful place on earth?

“I fell in love with the area,” Dennis writes, “and before long I realized I was done with Phoenix.”

So he decided to sell his interests in all of his businesses and move to Nevada.

“Everyone thought I was crazy,” he recollects, “but I knew what I wanted.  In the space of a few weeks, I got rid of everything and moved to Nevada with part of my team.  A month later I bought a gas station in Reno, the first of five.”

And the rest, as they say, is history.

If you’d like to learn how Dennis ultimately got into the brothel business and became a highly-recognized TV star, pick up a copy of his book, “The Art of the Pimp.”

But before reading it, know this…

Dennis is an EXTREMELY successful businessman – expanding his business operations in Nevada over the years into real estate, restaurants and bars.

But be warned, he’s no choirboy.  The rest of his story includes lots of sex, nudity and language that no good Christian woman should ever want to hear.

That said, the story is absolutely fascinating about how Dennis went from a teen-aged, bow-tied gas station attendant to a national celebrity and “The P.T. Barnum of Booty.”

As the New York Times describes the book, it’s “Unputdownable”!