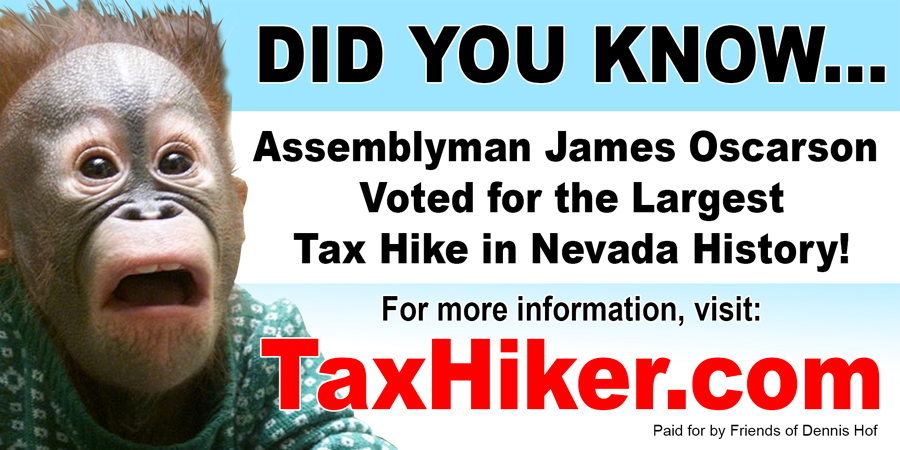 We did a “flash” two-question robo-poll last week just two get a sense of where our race vs. Assemblyman James “The Big Selloutski” Oscarson is as we approach the start of early voting.

Question #1 was: “Do you support repeal of the Commerce tax?”

Oscarson voted for the Commerce Tax.  I’d want to repeal it.

Question #2:  “If the election was held today, who would you vote for in Assembly District 36, Dennis Hof or James Oscarson?

That’s within the margin of error.  This is neck-and-neck.  Period.

We definitely have a real chance to win this GOP primary race on June 12th.  But the negative sleaze and lies Oscarson and his hired attack dogs have been putting out for the past couple of weeks is clearly having an effect.

We need to re-double our efforts if we’re to have a chance at pulling off a major upset against a sleepy-eyed, lobbyist-owned, swamp-backed, tax-hiking, government-growing Republican in Name Only (RINO)!