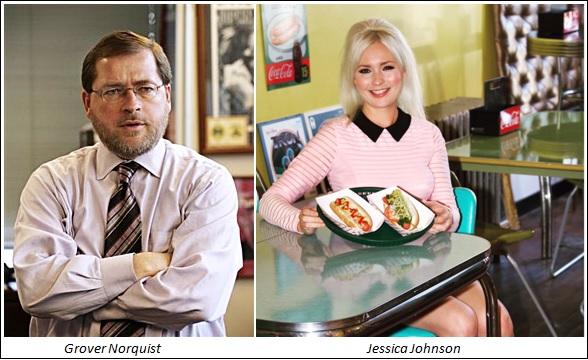 (Team Hof) – Grover Norquist, president of Americans for Tax Reform and “Father of the Taxpayer Protection Pledge,” will headline a campaign rally for Republican Nevada Assembly District 36 candidate Dennis Hof at the Pahrump Senior Center on Friday, May 11th beginning at 6:00 pm.  The event is free and open to the public on a first come/first serve basis.

Grover will be autographing copies of his best-selling book, “Leave Us Alone: Getting the Government’s Hands Off Our Money, Our Guns, Our Lives.”

In addition, Jessica Johnson – a competitor from the Food Network’s hit reality TV show “Chopped” and expert in “backyard barbequing” – will be cooking up some of her award-winning culinary delights, taking photos with guests and signing autographs.

Norquist’s effectiveness in stymieing tax hikes in Washington, DC is legendary.  Former U.S. Sen. Harry Reid once accused Republicans in Congress who refused to support tax hikes of being “puppets of Grover Norquist” and suggested that “maybe they should impeach Grover.”

At the request of former President Ronald Reagan, Grover launched the Tax Pledge – in which candidates promise the voters of their districts and states, in writing, that they will “oppose and vote against any and all efforts to increase taxes” – over 30 years ago.  Almost every Republican in Congress has signed the Pledge, as well as over 1,000 state and local officials. 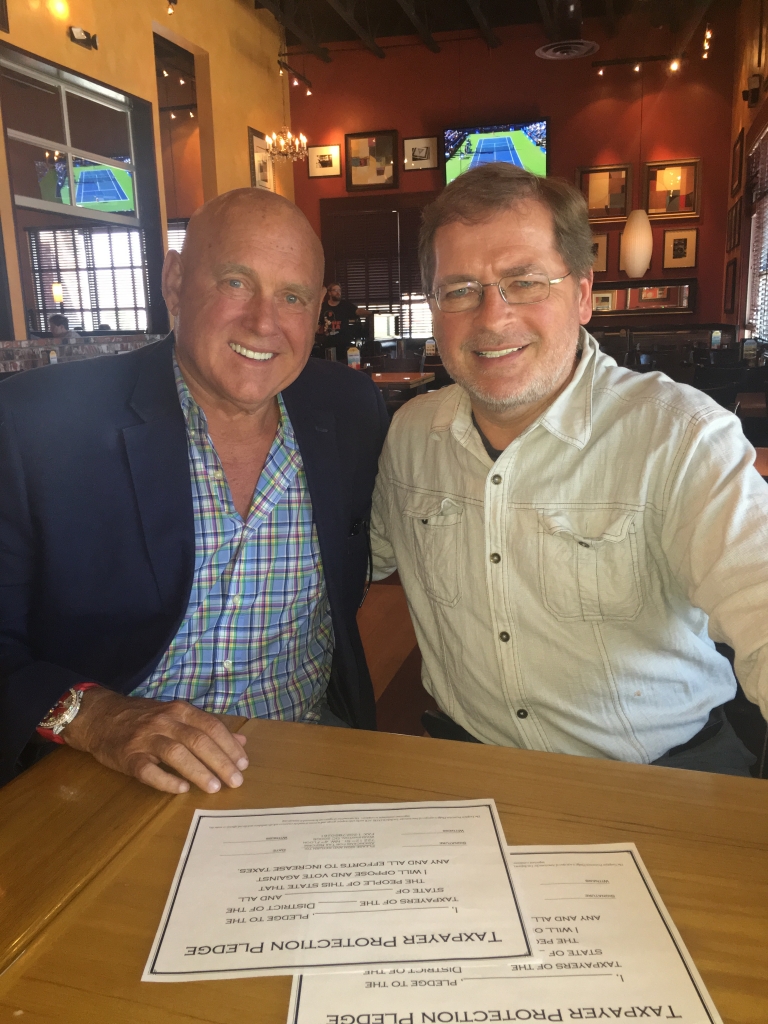 Hof has signed the Tax Pledge.  His opponent, incumbent Assemblyman James “The Big Selloutski” Oscarson has steadfastly refused to add his John Hancock.   Which helps explain why he felt comfortable stabbing Nevada taxpayers in the back by breaking his word and voting for 29 out of 32 tax and fee increases.

“Raising taxes is what weak politicians do instead of the hard work of making tough spending choices,” Norquist said about the District 36 race. “Assemblyman Oscarson took the easy way out and voted for the largest tax hike in Nevada history. His opponent, Dennis Hof, has signed the Pledge and will keep his word to the voters he represents. This choice is a no-brainer.”

“To me, signing the Pledge was a no-brainer,” said Hof.  “As President Reagan said long ago, ‘the problem is not that people are taxed too little, the problem is that government spends too much.’  As such, not only won’t I vote to raise taxes, I’ll fight in Carson City to repeal the Oscarson Commerce Tax.”