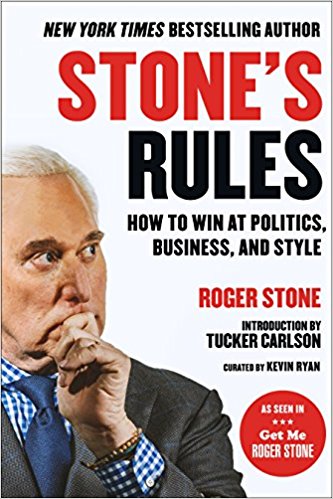 [UPDATED] – Come see, meet and hear Roger Stone at a big campaign rally for Dennis Hof on Saturday, JUNE 2, 2018 at 6:00 pm at The Nugget Hotel & Casino in Pahrump.

Get your photo taken. Have your books autographed.

And show your support for Dennis Hof’s tax-cutting campaign for the Nevada State Assembly!

Roger Stone is a veteran GOP strategist who is reviled by the Left as a “political dirty trickster” for his raw, brass-knuckled approach to campaigning and was the subject of a 2017 Netflix documentary titled, “Get Me Roger Stone.”

He is a regular guest on cable talk shows and podcasts, has written five books, and is an ardent social media political warrior – although he has been BANNED on Twitter!

His new book, “Stone’s Rules: How to Win at Politics, Business and Style” comes out on May 15.  In it…

“Roger Stone shares with the world all that he’s learned from his decades of political jujitsu and life as a maven of high-style. From rules for campaign management to the how-to’s of an internet mobilization campaign to advice on custom tailoring to the ingredients for the perfect martini from Dick Nixon’s (no-longer-) secret recipe, Stone has fashioned the truest operating manual for anyone navigating the rough-and-tumble of business, finance, politics, social engagement, family affairs, and life itself.”

Roger is described as a libertarian-leaning conservative who solidified his philosophical beliefs after reading Barry Goldwater’s “Conscience of a Conservative” as a teenager.  He’s a former national chairman of the Young Republicans and has been a key adviser to GOP candidates up and down the ballot for over 50 years.

Stone is widely credited for first inspiring Donald Trump to run for president and continues to be a key figure in Special Prosecutor Robert Mueller’s ongoing “Russia collusion” investigation/witch-hunt.

Don’t miss this opportunity to meet this political legend in person in Pahrump on June 2nd!