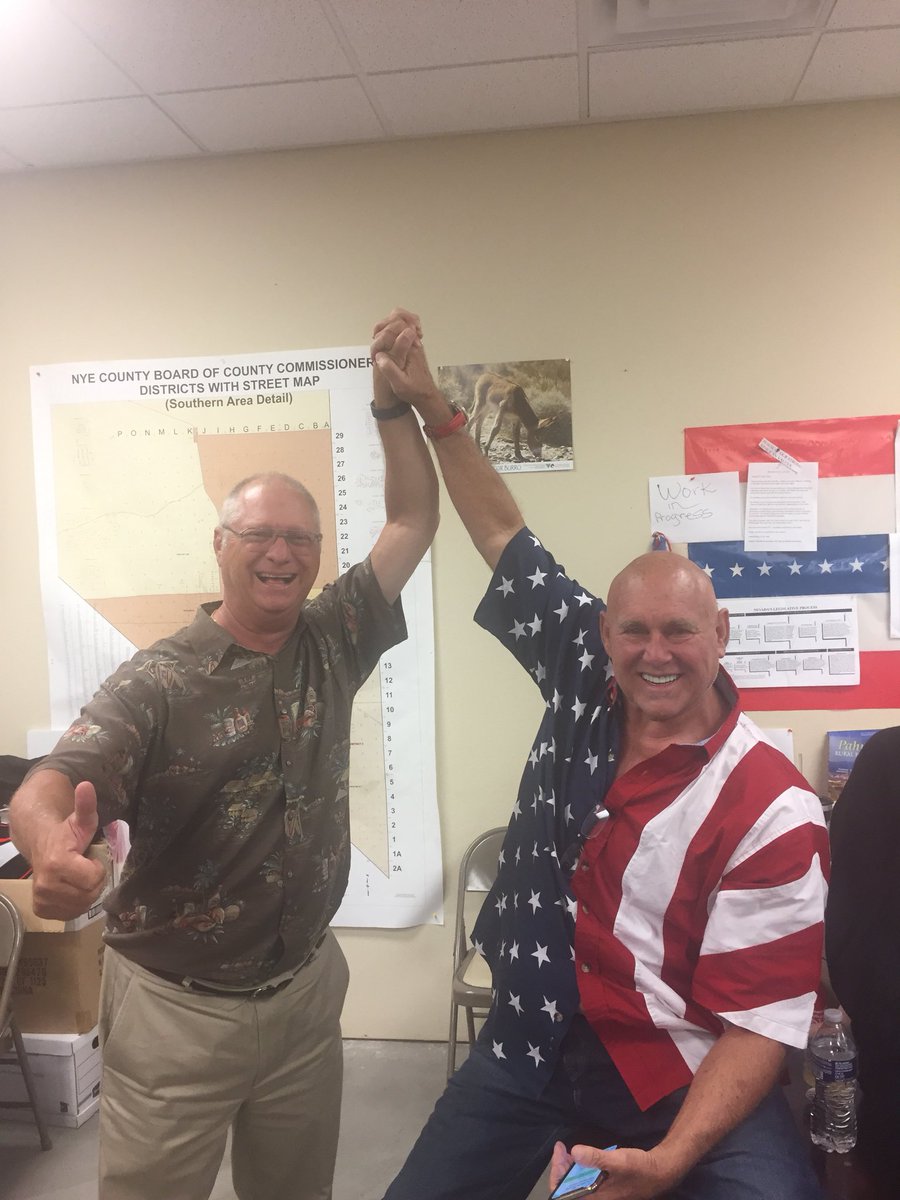 Against all odds we had what Las Vegas Review-Journal reporter Ramona Giwargis called “perhaps the biggest upset of the night” last night.

Not surprisingly, our victory made NATIONAL news.  A sampling (though other stories and media interviews are still being scheduled and conducted as we speak)…

Much like the tax-hiking RINO we beat Tuesday, everybody just wants to focus on “brothels” and “pimps.”  Guess what?  The voters of District 36 didn’t care!

They wanted someone to represent them who would keep their word, who wouldn’t be in the pockets of the Carson City special interests, who wouldn’t raise their taxes, who would fight for their gun and water rights, a businessman who knows how to create jobs, who supports President Trump’s efforts to make America great again, and who doesn’t give a hootin’ darn what the liberal “fake news” says.

Anyway, there are WAY too many people to single out and thank here…but thank you EVERYONE.

That said, our work isn’t done.

Yes, Republicans have a big voter registration advantage in District 36.  However, the Republican establishment and the Carson City special interests STILL want to block me from being “the people’s choice” in the 2019 Legislature.

In fact, Republican gubernatorial candidate Adam Laxalt went on the radio this morning – not even nine hours after our primary victory – and announced he won’t support me in November!

So not only do we still have a fight against the Democrat candidate in the general election, but we’re STILL going to be fighting against some of our own Republicans.  Wonderful.

But that’s OK.  They threw everything but the kitchen sink at us in the primary and couldn’t take us out.  And no matter what they come at us with in the general, together we’re gonna win this thing and start the process of draining the Carson City swamp!

I won’t let you down.  Thank you again.  Onward…